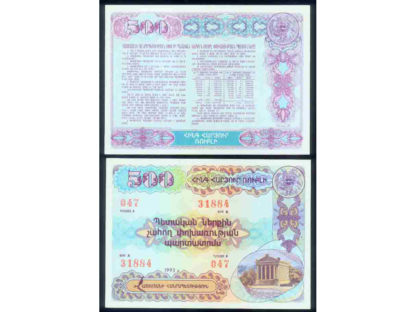 In September of 1991 a national referendum proclaimed Armenia an Independent Republic, but it was not until March of 1993 that the Central Bank was established (under the Governorship of Isahak Isahakyan) and until November of the same year that the Dram was introduced. In the interim these bond notes were distributed, which offer terms and a % on the funds.