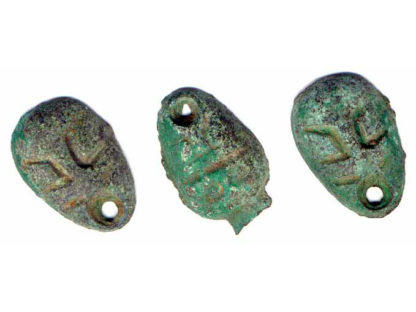 The Zhou Dynasty ( 1125 – 255 BC ) paved the way for the first unification of China in 221 BC. During the Zhou dynasty, China evolved from a feudal state with power divided among vassals to one with a strong centralized government. The practice of casting weapons, farm implements and coins out of iron and copper had begun during this time, permitting the Zhou to grow considerably.

This was a time of great prosperity that would not be seen again in China for many centuries. Included in this was the development of money, which changed from it’s old form to one where coins acquired inscriptions of various types, mostly referring to weights, values and location of origin. In this case there is an ancient ‘cowrie’ shaped piece, but with the addition of the wording, know as i’pi’chien or ant-nose money.

Each high quality piece dates from the 3rd Century before Christ and bears a hole for easy handling in quantity. 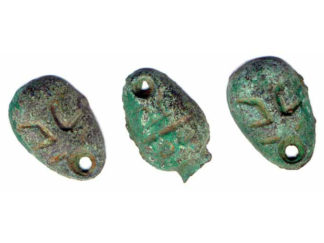