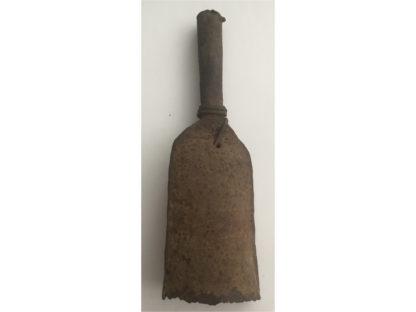 Before the introduction in Africa, of paper money and coins, in the 19th century, trade-currency was produced in several metallic forms. A bell shape was a popular attention getter and used by the Turumba tribe, although without the gonger inside. This example is probably from before World War I and is rusty with jagged edges. Measures approximately 8 inches long 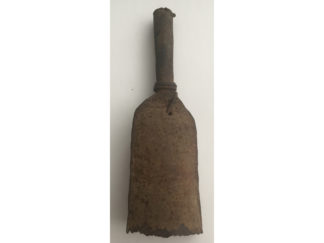